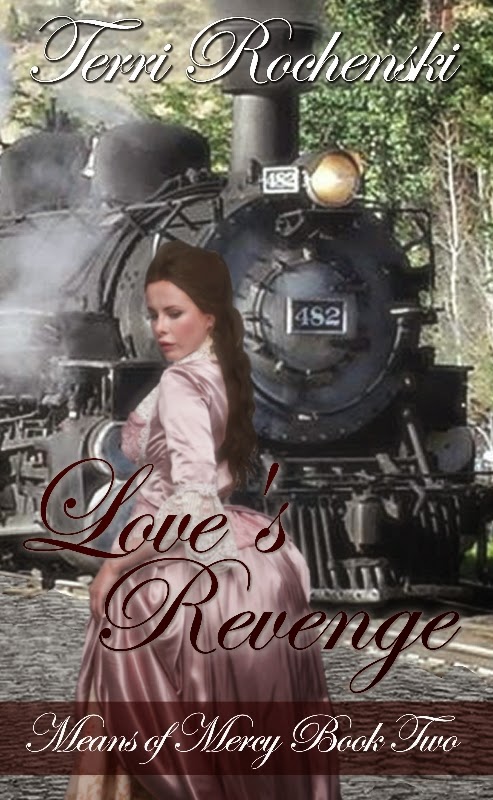 Embittered by betrayal, Anne MacKay flees London for America, where she learns she's pregnant with her abusive husband’s longed-for heir. In a society that doesn’t protect, or afford a well-to-do wife’s desire for divorce, Anne decides there is one way to exact revenge: deny the father any knowledge of his child.

Sought after by her husband’s henchmen, Anne travels by rail and horseback, far from civilization where silk and stays are worn, let alone thought of. Lies and deceit protect her identity for a time, allowing her to birth—and grow to love—the child who was supposed to be her vengeance.

With the help of her loyal and protective business partner, Jude Connagher, and the ranch hands in their Montana Territory valley, Anne attempts to rebuild her life under the shadow of her husband’s wrath.

One unwise decision lands Anne in her pursuers’ clutches, tearing her from the ranch, her child, and her growing love for the one man who could redeem her from bitterness. She's left with no choice but to finally face her husband, knowing her freedom and life hang in the balance.

Terri started writing stories in the eighth grade when a little gnome whispered in her brain. Gundi’s Great Adventure never hit the best seller list, but it started a long love affair with storytelling.

Today she enjoys an escape to Middle Earth during the rare ‘me’ moments her three young children allow. When not potty training or kissing boo-boos, she can be foundsprawled on the couch with a book or pencil in hand, and toothpicks propping her eyelids open.