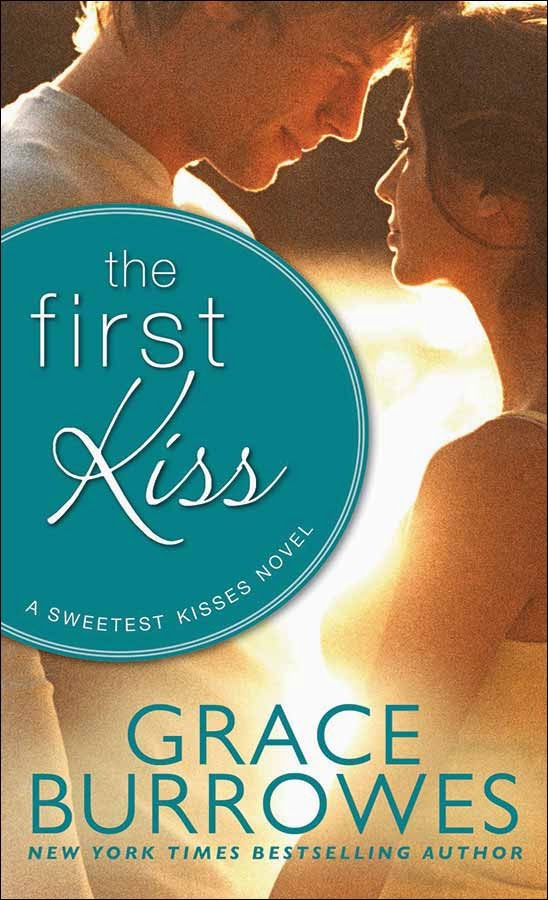 Title: The First Kiss
Author: Grace Burrowes
Release Date: February 3, 2015
Publisher: Sourcebooks Casablanca
Genre: Contemporary Romance
Summary
Classical pianist Vera Waltham is recovering from a bad break up by taking a hiatus with her daughter in the Damson Valley countryside. She’s content with her music, and has no interest in complicating her life with further attempts at romance.
Attorney James Knightley is a numbers guy who reads contractual fine print for lunch, and wants nothing to do with damsels, in distress or otherwise. Nobody is more surprised than James when he falls for Vera Waltham, and the only contract on James’s mind when it comes to Vera is holy matrimony.
Excerpt
“May I ask you a favor?”
“Of course.”
“Play the piano for me?”
Nowhere near play with me, but this was Vera. “You want to do a lesson now?”
“This isn’t a lesson. I’m asking you to play for me, James. Get out your old favorites, the friends you turn to when you’re and soul weary, the consolation pieces that aren’t for everybody else. You play them for yourself.”
She curled up across the room in a pap- chair and pulled an old quilt around her.
Could he do this?
If Vera had asked James to go to bed with her, he would have known he was competent to bring her pleasure, to satisfy her most intimate wishes and secret, sexual desires. But this? To play? For ?
She wanted music that had called to him, spoken to his soul and become a part of him. Pieces of his heart.
James set his hands on the keyboard, took a slow, deep breath, and began to play. He played from memory, his fingers finding the notes easily in the dim light. He could play this waltz with his eyes closed, and he had, many times. He hadn’t heard it since the night his mother had died, but she’d loved it too, and his hands would never forget how to craft the phrases and melodies.
“Oh, James, the Chopin.” Vera signed her pleasure at his choice, and James’s heart sighed with her. He could do this for her, soothe her with music the way she’d made music to soothe and delight so many others. The waltz shifted from a work he’d set aside years ago – a grieving piece – to a gift from him to Vera.
Only to Vera.
When the last rippling rise of notes died away, Vera remained curled up, eyes closed, mouth slightly parted.
James had played her to sleep. He took a moment to memorize the sight of her, safe and at peace under the quilt his mother had made for her hope chest.
Then he thought back over other pieces he’d set aside, the ones that were too sweet or too sorrowful or both, and he began to play again.
Goodreads Link: https://www.goodreads.com/book/show/21527240-the-first-kiss
Buy Links
Amazon: http://amzn.to/1JhpLl7
Barnes and Noble: http://bit.ly/15l0gA4
: http://bit.ly/1BQQhRl
Author Biography