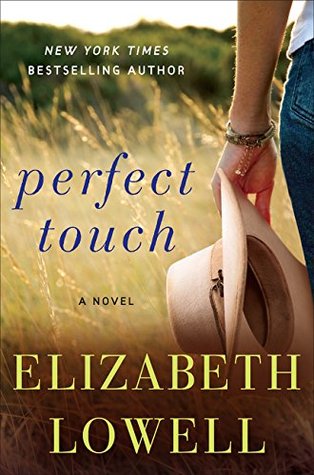 Perfect Touch: A Novel
By: Elizabeth Lowell
Released July 28, 2015
Publisher: William Morrow
Blurb
Sara Medina is a designer and art dealer from San Francisco. She matches her clients desires with fine and folk art from the world over--living up to her thriving business named Perfect Touch. She still remembers her rural childhood of hard work and poverty on the family dairy farm, but she keeps it firmly in the past as she searches out new artwork and artists that are on the breaking edge of acclaim. After she experienced the cultural riches San Francisco had to offer, she decided her life would be that of an urban career woman rather than a working mom commuting from the suburbs. With the intensive hours and travel required to grow her business to the next level, she has no time or energy left for romantic or family entanglements.
Jay Vermillion recently inherited Vermillion Sky, a ranch that nestles up to Wyoming’s Grand Teton Mountains--and the estates of the rich and restless. As a returned veteran of numerous deployments over the course of two wars, he finds himself wrestling with the demands of a ranch that has been run down during his father’s long illness. Between the urgent need to modernize and revitalize the Vermillion Sky, as well as an unexpected and vicious fight with his former stepmother over the custody of now-valuable paintings that were part of his father’s estate, Jay has no time for finding a wife and creating a sixth generation of Vermillions to ensure the family legacy continues.
When Jay hires Sara to appraise and market his father’s cache of paintings by Harris “Custer” Armstrong, neither one expects the explosive results of their eventual meeting in Jackson, Wyoming. In addition to a mutually inconvenient attraction, they a discover double murder at the edge of the ranch lands and a potential betrayal even closer to home. All trails lead to Custer’s artworks as valuable enough to kill for, especially an unknown painted rumored to be called The Muse.
As Sara and Jay unravel the motive for the killings, they both discover that love, like murder, doesn’t wait for a convenient time. On the heels of that soul-shattering realization, Sara is targeted for murder. Suddenly, the war-weary soldier finds something he is once again willing to die for…
Follow Tour:
Goodreads

Excerpt
There were a few moments of silence, then Piper asked softly, “Want me to come out?”
Sara hurried in the direction of the courthouse. “No need. I can handle the Vermilion paintings alone.”
“Ah, yes, Jay Vermilion. He of the deep and delicious voice. Does he look half as good as he sounds?”
“Haven’t seen him.” Sara glanced both ways and trotted across the street against the light.
“Maybe he can warm up your … spring,” Piper said.
“If I get to handle the sale of the Custer paintings, my spring will be just toasty. Yours, too. The Newcastle twins are dancing in place at the thought of owning paintings seen in The Edge of Never.”
“The what?”
“Weepy contemporary movie about a young couple who doesn’t know how to love and doesn’t have the sense to separate.”
“Ugh. If you have to be taught those things, you’ve got more problems than a movie can solve.”
Sara laughed. “I hear you, but it rocked Sundance. That’s where the Newcastle twins saw it and immediately huddled with the director, very hush-hush. The movie is probably going to rock Cannes just as hard.”
“And Custer the moderately well-known Western artist ties in how?”
“There’s a painting of his, Wyoming Spring, that’s featured prominently throughout the movie, including the heart-rending scene where—”
“Spare me the details,” Piper said quickly. “Merchant-Ivory movies make my butt numb.”
“Because of it—the movie, not your butt—the market for Custer’s works will heat up like Vegas in July.”
“What about the big auction houses?”
“The Vermilion estate has probably half of the Custers that were ever painted and nearly all of them that aren’t yet in circulation,” Sara said. “We may not need to go through a big public auction if we can act as the agents. No percentage sharing.”
“Go for it. I’ll get Lou to cover anything on this end for Perfect Touch. She’s got some downtime.”
“What happened? Couldn’t Lou seal the deal with Najafi?”
“Lou’s good, but Najafi would try God’s patience,” Piper said. “How long will you be gone?”
“If Jay Vermilion loses the paintings, I’ll be home tomorrow.”
“In that case, girlfriend, have a long stay in Wyoming.”
“You’ll nag me to come back after two weeks.”
“Not if there’s money involved. Bye. Go get those bucks!”
“Go get some yourself.”
Smiling, Sara pocketed the phone, flipped hair out of her face, and hurried along the sidewalk to meet her future.
With her fingers crossed in her pockets.

I have always enjoyed reading Elizabeth Lowell’s work and as such when the opportunity came for me to read and review Perfect Touch I was happy to do so. It should be noted that this opportunity was provided to me by the publisher via Edelweiss.


I am a big fan of romantic suspense and after reading the blurb I could not wait to delve between the pages of this book.  First of all I must say that Perfect Touch delivered most of what I was expecting.  There was romance and suspense and one did not overshadow the other. It was perfectly balanced.


The story started out with a bang which made me eager to find out what was coming next. However, just when I was getting psyched about the story, the pace slowed down.   During this time Sara and Jay were riding with the cattle and making their way to Fish Camp. I found this aspect of the story long, tedious and somewhat boring.  There was a time I felt like giving up; however, I was glad I stuck to it as things eventually began to heat up when they made it to their destination.  It was at this point the story came to life. It was easy to figure out who the villain was but the motive not so much.


I enjoyed reading about all the characters.  My least favourite was Barton, Jay’s half-brother. I thought he was a pompous ass. He was selfish and greedy. Not a very likeable character. I liked the interaction between Jay and Sara.  The attraction between these two did not happen suddenly which for me was a refreshing change from the usual insta-attraction that seems to be permeating the romance genre. They were likeable and easy to relate to.  Sara is a selfless and strong willed woman.  She grew up on a farm and was not looking to return to that type of life. Now she has met Jay will she be willing to return to a life as a farm girl?  Jay, an ex-soldier is a dedicated and hardworking man. His main focus was working the ranch his father left him. Will Jay be willing to give up his inheritance and move to the city to be with Sara?


The dialogue was funny at times. There were moments I found myself laughing at some of the statements made. I was like wow, I am glad I am not the one at the receiving end of those statements. There were some shocking revelations which had me in awe.   I loved the way the setting was described.  I felt as if I was a part of the story. It was as if I was seeing everything through each of the character’s eyes.

The story was told from alternate POV. I don't generally have a problem with this. My compliant in this regard was that when change between POVs took place so sudden that I did not have time to figure out that there was a change. This for me was a tad bit confusing.  There was a lot of internal dialogue taking place, which persons may find distracting. Personally I had no problem with it.

Overall, I enjoyed this story and it was a great reminder of why I used to enjoy reading Elizabeth Lowell’s books.  Perfect Touch is a must read for fans of romance, suspense and drama. 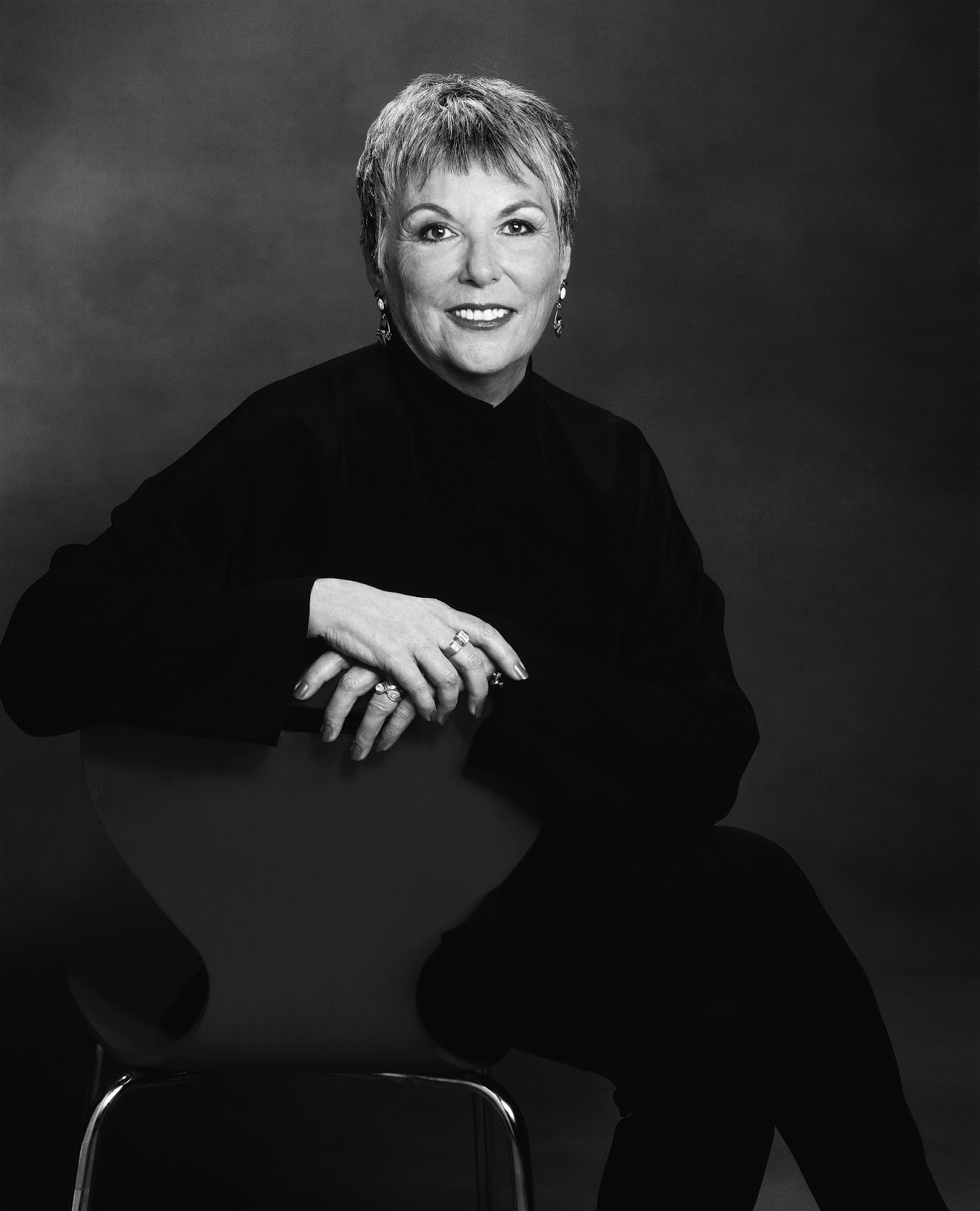 Elizabeth Lowell’s exciting novels of romantic suspense include New York Times Bestsellers: Dangerous Refuge, Beautiful Sacrifice, Death Echo, The Wrong Hostage, Amber Beach, Jade Island, Pearl Cove, and Midnight in Ruby Bayou. She has also written NYT best-selling historical series set in the American West and Medieval Britain. She has more than 80 titles published to date, with over 24 million copies of her books in print. She lives in the Sierra Nevada Mountains with her husband, with whom she writes novels under a pseudonym. Her favorite activity is exploring the Western United States to find the landscapes that speak to her soul and inspire her writing.