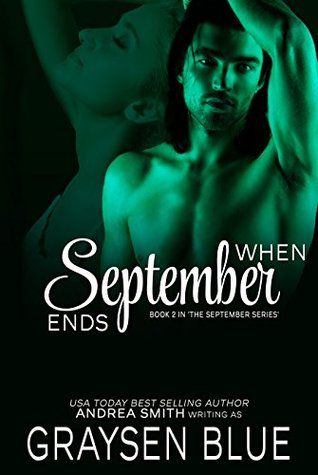 This book is the sequel to "Sins of September." My name is Jesse Ryan. I'm thirty, single, but not officially divorced...long story...up until the summer of 2010, I was doing just fine raising my only child, Scout. I'm a construction worker--yeah, hard hat, tool belt slung low on my hips--the real deal. But that summer, I was working some out-of-state projects and I needed some help with Scout. That's when my 17 year-old stepdaughter came to Fort Smith to help out. I hadn't seen the kid since her mother had taken off on all of us four years prior. September turned out to be a very resourceful young woman, effectively ambushing my first budding romance since her mother had left us. But she didn't stop there. Shortly after her 18th birthday--and after Scout asked me if September could stay on with us, I found myself inexplicably drawn to her. Yeah, I get that there's a twelve year age difference, but despite my better judgement and solid resolve, the heart wants what the heart wants. Our relationship was discreet--not what you think by any means. I prepared to start my own business; September was preparing to start her freshman year of college when we got the news...the news that would jar us back into the start reality, and change our lives. Libby... September and Scout's mama...my estranged wife that we'd heard nothing from for more than five years suddenly surfaces. She'd been injured and now suffers from total amnesia. Now decisions need to be made, but how can I make a decision that will be in everyone's best interest? Mature Content. 18+

In this installment, September leaves Jesse. I know you must be thinking why, after all the trouble she went through to get him. Well the unthinkable happened. Libby (September’s mom and Jesse’s wife had returned).  September left because she did not have sufficient faith in Jesse’s love for her.  Libby’s return threw a wrench into Jesse’s plan to divorce her and move on with his life.  Scout, Jesse’s daughter wants a relationship with her mom, as she never got the chance to know her, while September wants nothing to do with her.  What will Jesse do? Will Jesse stay married to Libby or will he go looking for September?

There is a lot more drama in this installment. Jesse had to contend not only with his meddling neighbour (who wanted to drive a wedge between him and September) but also with his bible thumping in laws who did not approve of his relationship with their granddaughter. The actions of these characters made for an interesting read.
I loved that the growth that Jesse demonstrated in this installment.  He finally got himself out of that self- pity party that he was celebrating.  He has proven that he is a man of action and is not afraid to fight for his right to be with the woman he loves.

The one thing that disappointed me where this story was concerned was the way in which the situation with Libby was dealt with. Personally, I believe that she got off lightly.  There may be persons who do not agree with me on this based on her traumatic experience, however it was evident she had not changed. She was still the selfish woman who had abandoned her family four years ago.

The story was well written and the characters were well developed. The pace was just right; there was never a dull moment. I finished it in one sitting. I enjoyed this series and would definitely read more of this author’s work regardless of the name she chooses to pen her books under.

This book was provided by the author in exchange
for an honest review.
NO monetary compensation for this review or time has been provided.
The opinions expressed in my reviews are my own.