NEW RELEASE and BLOG TOUR SIGN UP: THE ONE by B.A. SHERMAN 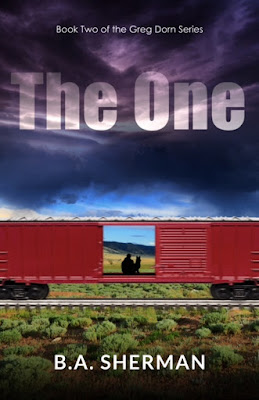 The One by B.A. Sherman
Book 2 of the #GregDornSeries

The Ultimate Killing Machine or Something Else?

In this second book in the Greg Dorn Series, Denver police officer Dorn wakes up one day to discover he is handcuffed to a bed in a quasi-medical facility recovering from some serious wounds. He is in severe pain and has no memory of how he got there. As his memory slowly returns, Dorn is obsessed with getting home to his wife and finds he is being held captive. He discovers that someone, somehow has tampered with his identity—and his head. He is now being prepped by his captor to become a “soldier” in a killing scheme intended to eradicate the enemy. “The General” fails to realize the extent to which he has perfected his new killing machine. Using his new skills, Greg escapes, jumps on a cargo train and homebut his homecoming is nothing like he expected.