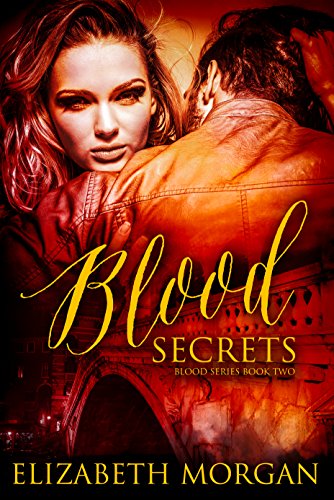 When your life is messed up to begin with, how much worse can it really get?
Heather Ryan's life has never been simple. The latest in a long line of descendants who have made it their mission to hunt down and slay the Ancient Vampire, Marko Pavel, she is also the first born Infected. Up until recently, the biggest downside to living with the Vampyrric Virus was simply that she craved blood, but after receiving a DVD from her deceased Grandmother Sofia and being kidnapped with friend and so called guardian Werewolf, Brendan Daniels, she quickly discovers that she is also the inspiration behind the Vampires’ attempt to create a whole new breed of super monsters—Hybrids.

The truth comes at a cost, but how much does one have to sacrifice to gain success?
Following the breadcrumbs left by her psychic Grandmother, Heather and Brendan find themselves in new territory. Venice is where Heather hopes to find Marie, the second Bloodling of Marko, along with Brendan's three taken Pack members. But an old Peace Pact between the Italian Pack and the Colony means they are left hunting blind, and due to the Italian Alpha's reluctance to believe their story of kidnap and experimentation on Loup-Garous, time is running out. So when help comes from an unlikely source, they have no choice but to accept.
All families have secrets, but blood can't lie.
Caught up in an intricate and complicated scheme spun by the one she trusts the most and the friend of her enemy, Heather soon discovers that she is the pawn in a plan she would never have been able to conceive. But how many of her new allies were in on the game, to begin with?

I am not sure I can find the right words to adequately explain how I feel about this book and the series thus far. I recently started reading the Blood series and each volume thus far has proven to be better than the one before. As you can tell by now, BLOOD SECRETS was no different. I must confess although I was eager to see how the story would unfold, I deliberately took my time to complete it as I did not want it to end. However, now that I am at the end, I am eagerly awaiting the next book in the series.

BLOOD SECRETS picked up from where Cranberry Blood left off. The prologue was so exciting that I could not wait to get into the meat of the story. There were some parts that moved a bit slow but it did not make the story any less exciting.

The story kept me entertained from start to finish. I found the characters colourful. They kept me on my toes at every page turn. The author's detailed description made the story come alive, which made it easy for me to picture every scene.

This installment provided more details about Heather's destiny and her true nature. I loved that she was willing to embrace it all, even though she felt betrayed by the one person she thought she could trust. This acceptance brought about major changes to her character, changes I never saw coming. That twist was a shocker, however, I liked it as it fits perfectly into the story. There were also changes in relationship with Brendan as a result. New characters were introduced which made for a livelier dialogue. Additional POVs were also introduced.

As the title suggests there are a lot of secrets that got forced out into the open as a result of the path that Heather had to take to fulfill her destiny. The only problem I had with this story was that it ended and left me in anticipation of what will happen next.

Overall, I enjoyed this installment and I would recommend this series to fans of the paranormal/urban fantasy genre. It should be noted that none of the books can be read as a stand-alone, so it would be best if you start from the beginning.