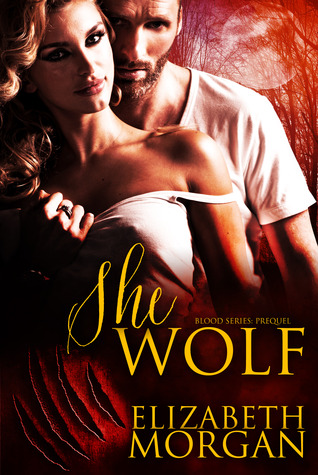 Dealing with the Rogue Werewolves terrorizing his Pack? Simple.
Trying to convince his does want to be with her? Bloody impossible does want to be with her? Bloody impossible.
Owen MacLaren is the Alpha's son and the Pack's second, and he has never been one to let anything get to him. So when a bunch of Rogues purposely dumping mutilated bodies around the Pack Keep, he is more than ready to deal with the Werewolves responsible.
But one night off and a trip to a local strip joint for a colleague's stag night things, and Owen soon discovers he isn't immune to everything . . .
Being an independent Loup and travelling the world? Easy.
Having to come home and face the Werewolf who broke her young heart? Challenging.
After five years away, Clare Walker finds herself back home in Scotland, working in a strip club. The tips are decent, and she gets to dance, but it isn't a place she thought she would ever be, let alone Owen, her Pack second and the mate she has always desired.
Although Owen is determined to prove he wants to be with Clare, things can't go smoothly between them, not when they have past issues to sort out and a bunch of unusual 'Rogues' to deal with

This book first came on my radar when the opportunity arose for me to read and review Blood Secrets which is the third book in the Blood series. Based on information received I realised that I would not be able to understand the events in book three without starting from the beginning.  Hence my reason for purchasing a copy of She-Wolf. This is definitely an interesting start to the series.


Clare Walker is a 24-year-old Loup-Garou. (A Loup-Garou is a female born to a male werewolf. They are unable to transform into a full werewolf). She has been in love with the second alpha of her pack since she was sixteen years old. However, he rejected her advances due their 14-year age difference.  Since then her attitude towards him her feelings remained the same.  At 19 years old, she left the pack to pursue her dreams. Five years later she has returned only to discover that the feelings she thought were dead and buried was very much alive.

Owen McLaren is the second son of an Alpha and teacher of physical education at the local high school.  He has recently been engaged in hunting for rogue werewolves who have been a constant thorn in his pack’s side. At the beginning of the story we see him being pulled away from his hunting duties to reluctantly attend a stag party at a strip club for one of his human co-workers. Little did he know that his past was about to collide with his present.

What I liked:
The Plot: I found the storyline to be unique and entertaining. I was intrigued by the author’s concept of werewolves and their history. It was not typical of what I have come to expect from this genre. The story flowed smoothly and was easy to follow.  There was a cliffhanger, but surprisingly it did bother me as much as stuff like this usually does. The cliffhanger had more to do with the issue of the rogue werewolves. The author did warn readers that the books in the series could not be read as a stand-alone, so I knew that there would have been a cliffhanger. The aspect of the story that dealt with the romance between Owen and Clare was adequately dealt with.

The Characters: I thought the characters were easy to relate to.  Both Clare and Owen knew what they wanted and would stand for nothing less.  Clare was not a weak minded individual. I admired that about her. She was not sure if she could trust that Owen could remain faithful to her for the rest of their lives due to his fear of commitment. As such she was not willing to rush into anything. Owen knew that Clare was it for him and he would do just about anything to convince her of that.  What endeared to Owen, was his patience and control.  He was willing to accept Clare’s terms even though his inner wolf thought otherwise. It was refreshing to see having control over his wolf.

The Romance: Usually for this type of genre, when the characters discovered that they are mates they jump into the relationship quickly. This was not the case for She-Wolf. Owen had to fight to secure a future with Clare.  I loved that he was willing to go out on dates with her so that he could spend time getting to know her better.

Pace: The story was well paced.  I was pulled into the story from the outset. I was intrigued to see how Owen would have handled the strip club scenario seeing that he didn’t want to be there. Then there was the situation with rogues which had me glued to the pages, as I was curious to find out who was the mastermind behind the attacks.

POV: The story was told from both Clare and Owen’s POV. The move between POVs was seamless, making it easy to follow. I like when stories are told this way as it helps me to have a better understanding of what the characters are experiencing.

What I was hoping for:
There was an aspect of the story that I thought could have been fleshed out more. It left me with more questions than answers.  It was not clear what was Phillip’s (a French werewolf) intentions towards Clare. It was speculated that he wanted to be her mate, but that the author did not follow through that part of the story.

Verdict:
I enjoyed this installment immensely and can’t wait to see what will happen next.  I recommend that you get a copy and discover for yourselves what I am referring to.