RELEASE BLITZ with REVIEW: When Love Breaks by Kate Squires 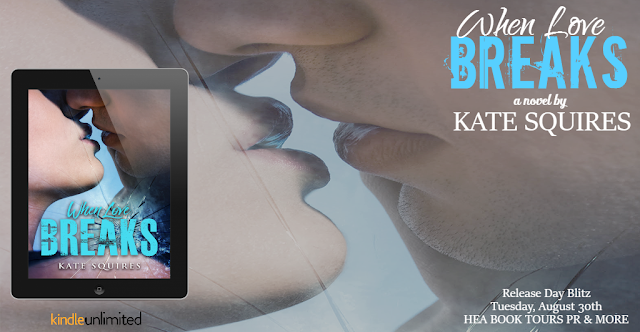 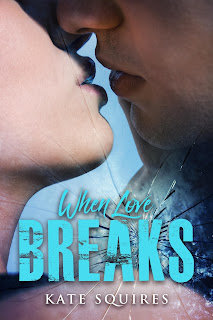 From the author who brought you That Kiss, That Promise, I Will Catch You, and Tracing Hearts, comes another tale of love and loss.

Elora Foster and Logan Turner never met, until the day she showed up on his doorstep. After a simple, chance encounter, the two embark on a journey that will change both their lives forever.

With good intentions and a heart of gold, Elora has aspirations of being a nurse. But, when she’s hired to take care of Logan, a double amputee, she’s instantly put off by his grouchy demeanor and bad attitude. She’s not sure if taking this job was the right move, or the worst decision of her life.

Logan, who was recently released from the hospital, has no intention of letting anyone take care of him. He’s sure there’s nothing that could change his hopeless situation, so he resigns himself to his fate. When he meets Elora, instant friction begins, but soon, he realizes there's something different about her. Try as he might to himself, he finds that his negative attitude upsets her frequently—and to his surprise, it bothers him.

As time moves on, the two become more acquainted, and strong feelings begin to grow, but a road block threatens to derail any relationship that might develop. Just when they think they’ve found a way around it, their lives take a turn for the worse, and they're both faced with a gut wrenching decision which has the potential to tear them apart.

Can she save this lost soul? Can he get over the past enough to see she’s the one? Can they work through the worst problem they’ve ever known, or will the strain too much?

ADD TO YOUR TBR ON GOODREADS!

"You cared, and you challenged me. You pushed me to want more for myself. You gave me a reason to fight for my life. And, that’s when I felt it—hope. I felt it instantly—the minute you walked in, and it scared the sh*t out of me." 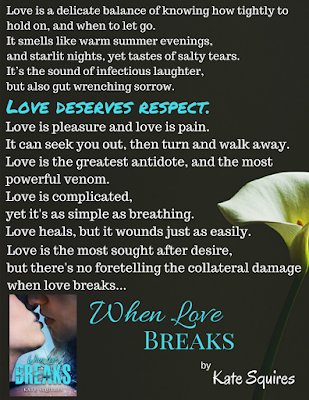 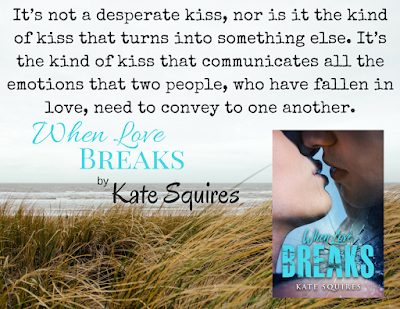 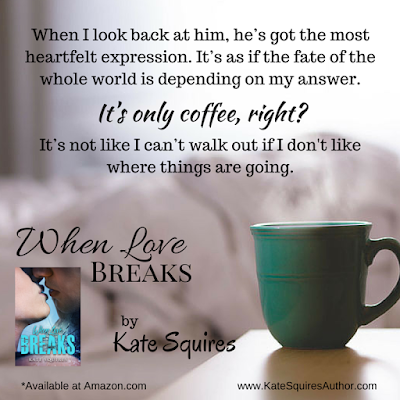 This is my first Kate Squires novel and I have no regrets.  When I read the blurb, I figured that this story would have a lot to offer. It was exactly the kind of story I was hoping for. ‘When Love Breaks’ is a story of redemption, forgiveness, healing and love.  It is one of those stories that made me realise that I need to appreciate every moment of my life and to be grateful for my blessings.

From the moment I began reading, I knew I would have a hard time putting it down. I was intrigued by every aspect of this story. The characters, the romance and the plot twist all made for a heartwarming and unforgettable story. I fell in love with Logan and Eloras’ story.

Logan Turner, a former soldier, met in a horrific motor vehicle accident that left him without the use of his legs.  His life has not been the same since. He is angry, brooding and completely closed off. He didn’t want to be around anyone as he felt his life was not worth living. His brother, however, had other ideas. He was determined to see his brother claim back his independence and so he hired a nurse aide to take care of him.  Logan on the other hand was not inclined to play nice and as a result, he ran of every nurse maid that his brother hired. That all changed, however the day Elora Foster entered his life

Elora was not looking forward to taking care of Logan based on the feedback she received from the previous nurse aides. However, she was determined to make the best of it. She is patient, caring and determined. She was not about to give up on Logan. Despite his attempts of being mean to her, Elora sensed that there was more to Logan than meets the eye. She totally shook up his world. She helped him to see that despite his disability he had a lot to be thankful for. She made him feel alive again.
The story is told from alternate POVs. This made me understand the inner turmoil that Logan was battling.  He was a very complex character. There was so much depth to him and I enjoyed uncovering all his layers.

I enjoyed the author's writing style.  I was completely caught up in the story. I felt as if I was a part of the story, experiencing it all through the eyes of the characters. I loved that their romance took time to develop. They never counted on the growing attraction between them.  They would encounter complications in their romance that would prove to be heart breaking.  I liked that it all worked out in the end.

This was a beautiful story which I highly recommend to anyone who loves romance. 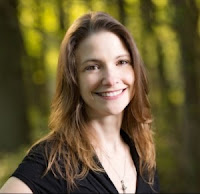 Hello! I’m Kate Squires, and I write contemporary romance novels. Want to know a little bit more about me? Well, then keep reading!

Northeast Ohio, is where my life began and continues. I’m the only girl in my family of four older brothers, who lightheartedly tortured me as a child. My father was an avid reader, and was somehow able to watch TV, and read books simultaneously, without missing a beat. My mom loved to read as well, and was basically June Cleaver. Not that I am old enough to know who that is.

I met my husband, though I was sure he wasn’t the one for me. Through his ability to make me laugh in any situation, I found that my original assumptions were incorrect, and we married three years later. His romantic side is often the inspiration for some of the parts in my books. Together with our four crazy children, we fight and make up, which incidentally, is how some of my best fight scenes are written!


Aside from writing, I’ve held other steady jobs. They range from Dog Groomer, to Home Health Aide, Housekeeper to Dance Teacher. I’ve also been a foster parent to countless children, and a host mom to several foreign exchange students. So, when do I find time to write? In between bringing home the bacon and frying it up in a pan, of course!

If you have any questions or just want to send me a message, please do! I love getting reader mail, and strive to answer every message. Don’t worry, I won’t bite.
Thanks for visiting. Come back soon!