Dead Ringers by Wayne Kerr is the first book in the Black Swann Investigation series.  This book delivered a suspenseful tale with a kick ass, heroine.

Meet Reggie Swan, a former homicide detective framed for murder. She served ten years before it overturned her conviction because of a technicality. The conviction had completely destroyed her life.. Her husband divorced her, and she never got the chance to attend her father’s funeral. With the help of the Christian Advocates for Justice Enterprise (CAJE) and her mother, she was now a free woman, but she still had to clear her name as the killer is still out there.

After her release, CAJE asked her to investigate a missing person case. The woman in question went missing and her husband charged as based on the forensic evidence it appears someone has murdered her and it all points to him.

Her investigation would not be without its challenges as persons believed she was guilty, and that she was only free because of the technicality. She went into the investigation believing the husband was guilty after all the evidence was damning. I was disappointed with her initial reaction especially given her experience prior to her conviction.

Cronus, the villain is a serial killer who targets women who bears a striking resemblance to his mother and frames their husbands/ boyfriends for their murders. Evil definitely has a new name. He has an ugly past, which contributed to his current state of mind.  Figuring out Cronus’ identity proved to an easy task as I managed do so halfway through the story.  The discovery however did not impede the suspense.

The story pulled me in from the beginning. It had me on the edge of my seat.  The current case has similarities to a case she was working on prior to her conviction.  Following the investigation was thrilling. I had to know what Cronus was planning and if Reggie would get answers. There were parts where the story slows down, but this did not take away from my enjoyment.

I enjoyed how the characters were portrayed. I got in-depth information regarding both the protagonist and the antagonist.  The author did a great job with character development. Reggie’s fears shone throughout the story. Despite her tough exterior, she had insecurities, which was to be expected. Cronus demonstrated confidence in everything he did, but he had an underlying vulnerability that made you feel empathy towards him.

Conclusion/Recommendation
This was an enjoyable journey and a great start to the series. I loved how the story came together and how the mystery arc was resolved. I would definitely continue with the series. I would recommend this title to mystery fans. 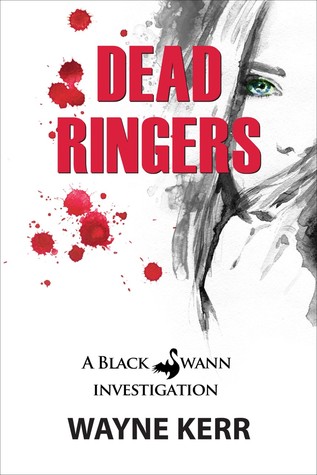 Toronto’s newest homicide detective, Reggie Swann, seemed to have it all: great career, handsome husband and plans to start a family, until she was framed for murder…

A cop has very few friends in prison. After surviving ten brutal years behind bars, Reggie’s conviction is finally overturned thanks to her tenacious mother, a new forensic test and a very clever lawyer. She quickly discovers that getting her old life back won’t be as easy as she hoped. To many, she was still as the media had dubbed her: ‘Black Swann – murderer and cop-gone-bad’. The Toronto Police Department still considers her to be a suspect, Reggie’s husband has remarried and the real killer is still on the loose.

Before Reggie can return to Toronto and solve the crime that ruined her life, she reluctantly agrees to investigate a murder in her home town of Penticton, only to discover the two cases which are separated by ten years and five provinces might somehow be connected. Will anyone believe the wild theories of the disgraced detective?

The real murderer does!