Fear by John W. Mefford is the second book in the Ball and Chain series. Although it features a different case, it is recommended that the books be read in order of release, as this will allow readers to follow the lives of Willow and Cooper. I enjoyed book one and looked forward to spending more time with the characters.

Cooper is juggling several things in his life.  A nosy neighbor, a loan shark, his feelings for Willow and a cop who wants more than friendship and the investigation. Meanwhile he is trying to revive his career as a sports writer.  Willow and Cooper have yet to come to terms with their feelings for each other.

I loved the interaction between Willow and Cooper. From their cheesy banter to the dangerous situations they find would themselves in. Their chemistry was undeniable, but past and current events proved a hindrance.


The story had several plot threads with an interesting cast of characters.


Despite this not being my favourite by the author I still liked the story and I am curious to discover what is in store for Willow and Cooper. 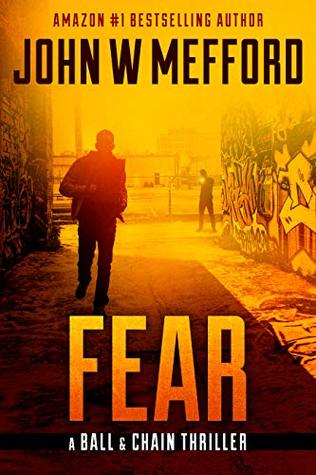 Her death has haunted him for over thirty years.

And he's hell-bent on making someone pay.

A father goes missing. Not just any father. But a person once worshipped for his world-class talent.

Enter the most unconventional team around: Willow Ball and Cooper Chain.

As a nurse at the community clinic, Willow has seen the painful effects of heroin addiction. But now she's compelled to help a grieving wife and mother.

Dodging the mob at every turn, Cooper has a plan to bring them down while getting traction on his upstart career. Is he marching into a trap?

With their relationship bordering the "friends with benefits" stage, Willow and Cooper team up to find the missing person. But it's not that simple. Nothing with them is ever simple.

The hunt corkscrews into an impossible maize of events -- their lives threatened by a swarm of twisted deviants and social misfits.

Emotions run rampant, stoking one savage response after another. A spark ignites the hate, but what is the real fuel for this wave of brutal crimes?

Ultimately, can Willow and Cooper save a family from the torment before it's too late?