The Last Vampire, Book 1 is the start of a potentially good series.
The story began on an interesting note. I met a 26-year-old Zorah Bright who found herself plunged into the supernatural world when she encountered Rans, a vampire in her garden shed. My interest was further piqued when the said vampire’s attempt to glamour her failed. She remembered every detail of the encounter. Just when she thought things could get no worse, she lost her job, and the police is looking to arrest her. Then she discovers she is succubus hybrid i.e. half human, half succubus.  How much more can she handle?
Now I went into the story expecting to be reading about a vampire. Who wouldn’t, given the title of the book? A vampire made an appearance, however the focus of the story was on Zorah.  I found her to be an interesting character, although sometimes I found her actions annoying.  I learnt that Rans is a centuries old vampire and the last of his kind. He also took it up on himself to be Zorah’s protector.  However, I wished the authors had provided more about him, so I could understand what drove him.
Zorah and Rans had lots of chemistry.  I sensed instantly that they would share intimate moments.
The secondary characters are an interesting bunch. I am curious to learn more about them, especially Zorah’s father.
The authors went into so many details, which led to the story moving at a slow pace. Despite the slowness, I found the storyline interesting. I was curious to know how the events would unfold.
Given the circumstances, I was happy that romance was not the focal point of the story. There were some passionate moments, but it did not take over the story.  I thought this aspect was well done, and fitted the story perfectly.
Everything was going so well until that cliffhanger of an ending, which left me with so many unanswered questions.
Narration
I am not a big fan of the narrator. Her male voices were fine, but she made the heroine sound like a whining and bratty teenager.
Conclusion/Recommendation
Overall, not a bad story. I will read the next book as I need answers, but I am not sure if I will continue with the audio version.
STORY 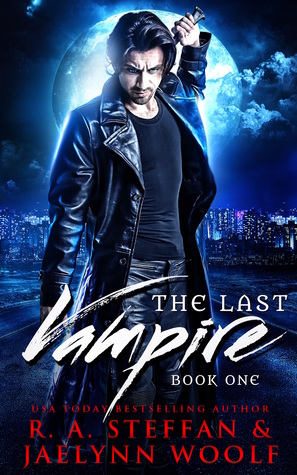 There’s a smokin’ hot dead guy locked in my garden shed.
That part’s bad enough. But now, he’s trying to get out.

Growing up, my father always told me that I’d come to a bad end, just like my mom did when I was a kid. Hearing that kind of shit when you’re little eventually gets to a girl, but I can’t say I ever expected my ‘bad end’ to involve an angry vampire with a severe case of iron deficiency and a panty-melting English accent.

Maybe I shouldn’t be surprised. Ever since my mother was assassinated, I’ve felt like there was something vast and frightening hidden beneath the fabric of the world. Something none of us are supposed to know about.

So far, finding out I was right hasn’t been nearly as satisfying as I’d hoped. I guess the trick will be staying alive long enough to shout ‘I told you so’ from the rooftops.

But before I can do that, I really need to figure out if the vampire who just bit me is one of the good guys or not.
2019 Audio Book Challenge Audio Book Reviews Jaelynn Woolf Narrator 2 stars R A Steffan story rating 3 stars Urban Fantasy