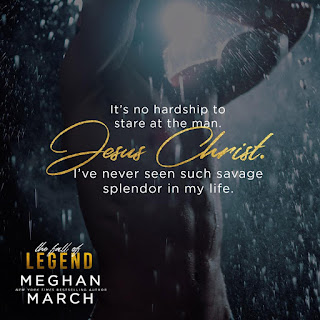 The Fall of Legend is another hit by Meghan March. The woman is adept at creating engaging stories with relatable characters. I expected a wild passionate ride and she did not disappoint. This book is a ten on the hotness meter.

I loved all the characters created by Meghan, and Gabriel and Scarlett were no different. From the moment I met him, I knew they would be great together. From two separate worlds, their paths should not have crossed, but circumstances brought them together. He lived in the shadows; she lived in the limelight. They may be worlds apart based on their social and financial status but when it came to negative forces in their lives, they were on common ground.

Scarlet Priest is a social media influencer who was determined to create her own identity. Despite her success as an influencer, she was never able to gain her father’s love and approval. She would do anything to get it; even it meant accepting ill treatment from her boyfriend. Eventually, she would recognize she deserved more and Gabriel was the man to give her just what she needed.

Gabriel grew up rough. Life had never been easy, and he fought hard literally and figuratively to be where he is today.

He is not interested in dating or any relationship with a woman.  His only interest is to save his club and repay his debts. However, when he came face to face with Scarlett, his body, mind and heart had other ideas. He has never relied on anyone to rescue him until now and it created an uncomfortable feeling.

The story began on an interesting note, and from that moment, I was hooked.  The story moved at a slower pace than I am used to from the author, but it did not hinder my enjoyment. This being the first book in the trilogy, the author provided sufficient background information about the characters, allowing me to understand the reasons behind their actions. This made it easier for me to handle the push and pull between Scarlett and Gabriel. There was enough sexual tension to overheat my kindle.

I was prepared for the cliffhanger, but I did not expect the heartbreaking ending. OMG!

As the story began to get hotter, BAM!  it ended. Based on what have transpired so far, I am looking forward to a thrilling conclusion.

Conclusion/Recommendation
All in All a great read. Meanwhile, I am looking forward to the next book, House of Scarlett, which will release next month. 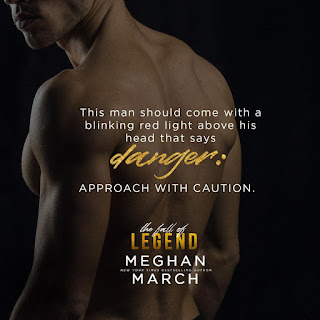 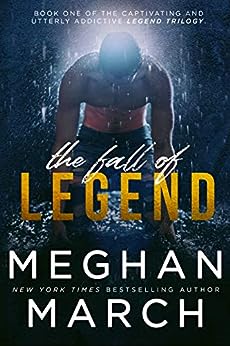 We come from two different worlds.
I’m from the streets. She might as well live in an ivory tower.
I made my living with my fists. I doubt she could even throw a punch.
Our paths never should have crossed.
We never should have met.
That doesn’t change the facts.
I would sell my soul to taste those red lips.
Fight the devil himself to hear her laugh.
Burn in hell to have a single night.
Scarlett Priest shouldn’t even know men like me exist, but sometimes temptation is stronger than will.
If this is how I go down, it’ll be worth every second of the fall.

Making the jump from corporate lawyer to romance author was a leap of faith that New York Times, #1 Wall Street Journal, and USA Today bestselling author Meghan March will never regret. With over thirty titles published, she has sold millions of books in nearly a dozen languages to fellow romance-lovers around the world. A nomad at heart, she can currently be found in the woods of the Pacific Northwest, living her happily ever after with her real-life alpha hero.
Sign up for Meghan's newsletter and receive exclusive content that she saves for her subscribers: http://meghanmarch.com/subscribe
To get the inside scoop on a daily basis, search Meghan March's Runaway Readers on Facebook and join the fun!
FACEBOOK | WEBSITE | INSTAGRAM | AMAZON AUTHOR PAGE | TWITTER | BOOKBUB